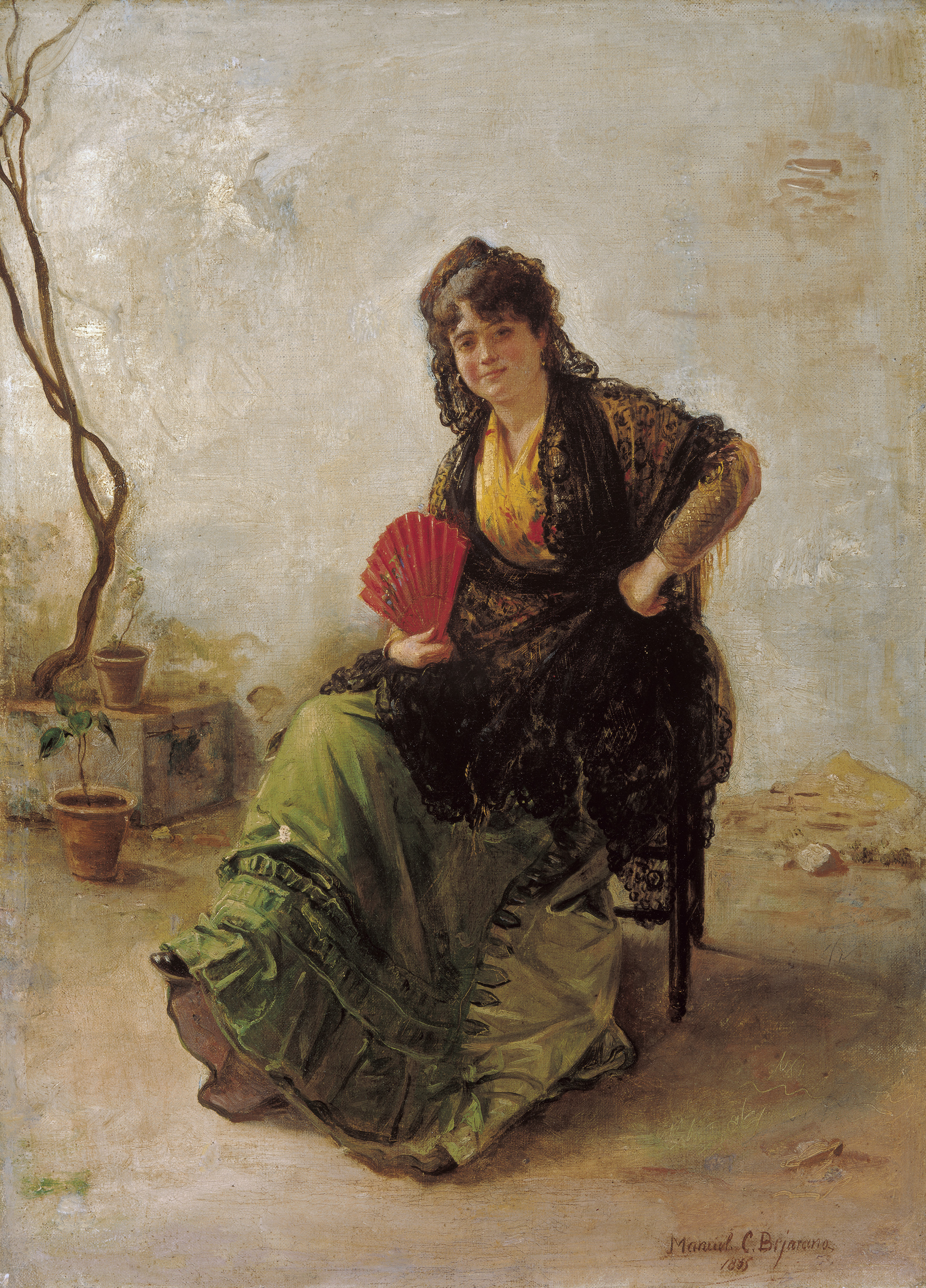 The last paintings of Manuel Cabral Aguado Bejarano are a result of the crisis and reorientation of Andalusian genre painting which the artist outlived, unlike most of the most famous masters of this genre, who died in the 1870s. As well as painting scenes of everyday life, Cabral was particularly interested in portraits of human types, several of which are quoted by Ossorio – Una Gitana (“A Gypsy Girl”), Un pillo de playa (“A Beach Rascal”), Una cigarrera (“A Cigarette Seller”) and Un naranjero (“An Orange Seller”) – and of which the Carmen Thyssen-Bornemisza Collection owns other very similar examples.

This painting shows a woman who poses jauntily with one of the red fans that fascinated many painters and travellers through Andalusia in the 19th century. Years earlier fans were exotic objects commonly found in the studios of many foreign artists. The stark courtyard featuring a couple of withered pot plants and a creeper with a bare trunk lends further importance to the woman, who is dressed in a body-hugging embroidered shawl, black mantilla and a dress in keeping with the most traditional late 19th-century fashion.

The painting is executed with the academic precision and dispassionateness of Cabral Bejarano’s late style, characterised by lighter and more fluent brushwork and practically devoid of any demonstration of technical prowess. Nonetheless, it has a certain delicacy in the textures of the earthy ground of the courtyard, in which the Sevillian painter hints at a few clumps of grass by scraping the oil with the butt of the brush, and in the whitewashed wall in the background, whose whitish and shadowy hues heighten the sensation of modelling which Cabral achieves by shading in the woman’s face.