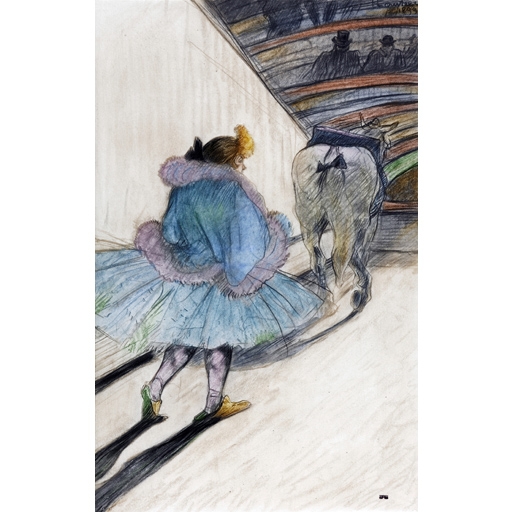 Toulouse-Lautrec and the circus

In 1899, during a short period of convalescence in a sanatorium in Neuilly, on the outskirts of Paris, Henri de Toulouse-Lautrec (1864−1901), the great portraitist of fin-de-siècle Parisian bohemia, produced a series of 39 drawings on one of his favourite themes: circus performances like those of the city’s Cirque Fernando, the subjects of some of his finest paintings of the previous years. He returned to them when struck by illness as an exercise in recollecting his experiences in Montmartre.

Tightrope walkers, animal tamers, equestriennes, trapeze artists, clowns, gymnasts and horses in complex positions are the focus of his attention in these images, which are steeped in the artist’s personality and exemplify his particular way of rendering popular entertainments and, especially, the energetic, daring performers. Executed in coloured pencils, the drawings make up a sort of animated sequence of circus acts of which we become spectators – up in the stands, down by the ring or behind the scenes – watching the action unfold before our eyes.

Some of Lautrec’s original drawings were published in April 1902 in Le Figaro Illustré. The complete set, kept by his friend Maurice Joyant, was reproduced using a photomechanical process (gum bichromate or photo-aquatint) in two posthumous editions entitled Au cirque. The first, comprised of 22 plates, was made in 1905 by Joyant together with Adolphe Goupil, an art dealer who headed a successful printmaking multinational. The second, also produced at Joyant’s request and featuring 17 prints, was published in 1931 by the Parisian printing house Librairie de France.

The two series of plates and other circus illustrations by Lautrec on view in this exhibition, which were published in the press of the period and in other portfolios, come from the collection of Jean Pierre Gimbergues. They not only illustrate Toulouse-Lautrec’s most personal production but also provide an extraordinary foretaste of a theme that fascinated avant-garde artists. 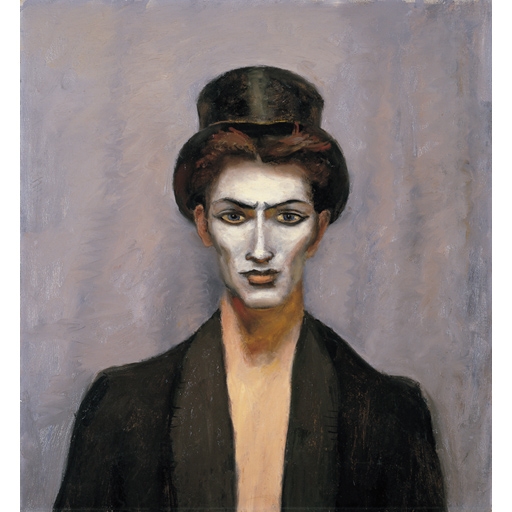 This exhibition reflects on the mask as a means of transforming how the human figure is represented in modern art. Originally having a traditional festive use associated with the carnival and fancy dress, which continued to be predominant in commedia dell’arte characters, masks began to be associated with the grotesque and death in the late 19th century, with Goya as a precedent, and emerged as a reference for depicting the face during the avant-garde period as a result of the influence of ethnographic masks from non-European cultures in the early 20th century. Simplified, flat features and empty eye sockets depersonalised the human face in movements such as Cubism, Dadaism, Expressionism and Surrealism. This experimentation would prove decisive in modernart, as the mask ceased to be depicted as an object and ended up becoming partof the human face, thereby questioning identity, individuality and subjectivity.