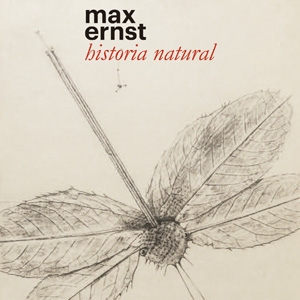 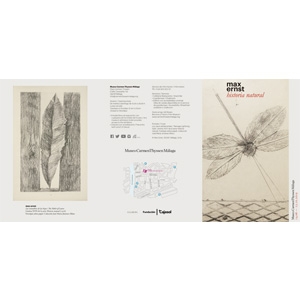 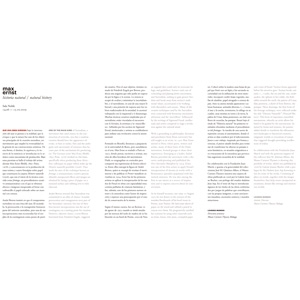 
A key figure in the development of art in the 20th century, the German painter, sculptor and graphic artist Max Ernst (Brühl, 1891−Paris, 1976) set out to visualise a unique and fascinating dream world in his works. The Natural History (Histoire naturelle) series, one of his most famous Surrealist creations – the artistic equivalent to automatic writing – published in 1926 by gallery owner Jeanne Bucher, brings together thirty-four of the artist’s drawings reproduced in collotype. In them he employs a technique he himself invented: frottage (rubbing), which consists in capturing the varied forms of objects placed beneath paper by rubbing a pencil or charcoal crayon over the surface. Using psychic automatism as a process, Ernst produced images of textures that he subsequently transformed into an unsettling repertoire of animals, plants and minerals – components of a metamorphic nature that blurs the boundaries between reality and the imagination and is created by and revealed to an artist who has become a clairvoyant.