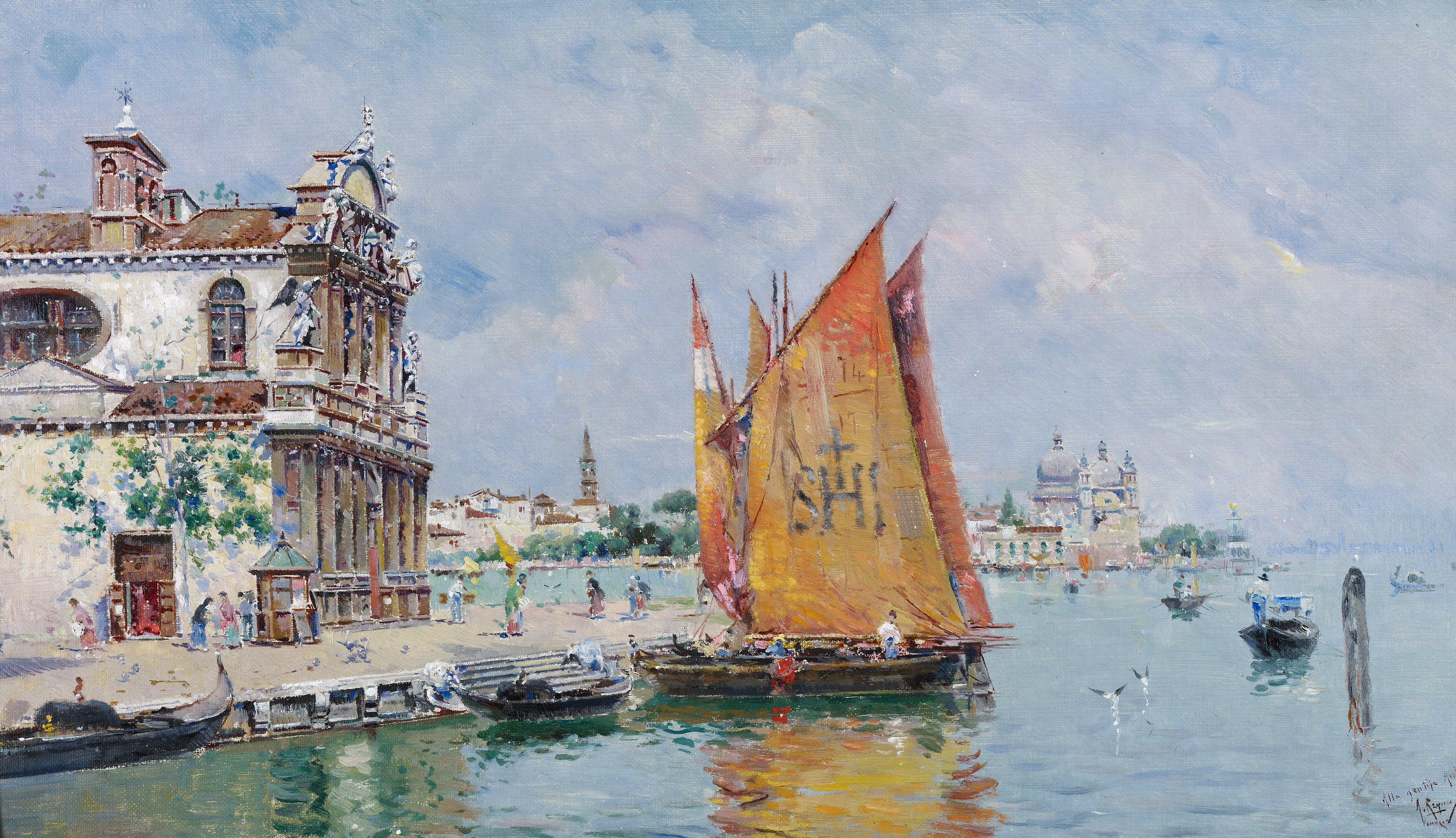 The prominent mass on the left with the church viewed almost lengthwise – resulting in the acute foreshortening of a Baroque façade which could be that of Santa Maria del Giglio – and at centre (where there are several boats with unfurled sails) leaves the field free for the sea and the sky to merge in a lovely range of greyish blues. The location of that “free” area is also favoured by the convergence – at an imaginary central point on the right – of the diagonal line of the riva (with the typical gondola moored in the left foreground) and the skyline with its inevitable Venetian campaniles and domes. Evident here is the précieux style typical of this kind of landscape and its debt to Martín Rico, who so greatly influenced the colony of Spanish painters in their choice of Venetian vedute. Whatever the case, in obvious mastery of colour ranges, the perception of the atmosphere varies, for, instead of the clear brightness produced by full sunshine, Reyna captured – though with the same precision in architectural structures, objects and figures (note the meticulous delicacy of the gondolier in blue to the right of the folk in the sailing boat at centre) – the more heavily charged atmosphere of the leaden sky. Comparison with other versions of vedute, for example that entitled Venetian Church and another also entitled Venice, or that in the Museo de Málaga (whose size suggests that the church in question is the Santa Maria del Giglio or else the Spagnoli), reveals variations in the sails or – more striking in the painting entitled Venetian Church – on the shore. The latter, instead of being shown diagonally, is set at right angles to the base of the painting, so modifying the landing-stage and the position of the sailing boats. The skill with which such variations were made prompts suspicions of a mechanical repetition of forms, although as far as colour is concerned, in all the versions the orange of the sail with its reflection in the water was indeed well chosen. The treatment of this reflection – as well as of other objects – is as illusionistic as that of the more detailed definition of the elements in the painting. Finally, the inscription "14 / 17" suggests the numbering of limited-edition prints.