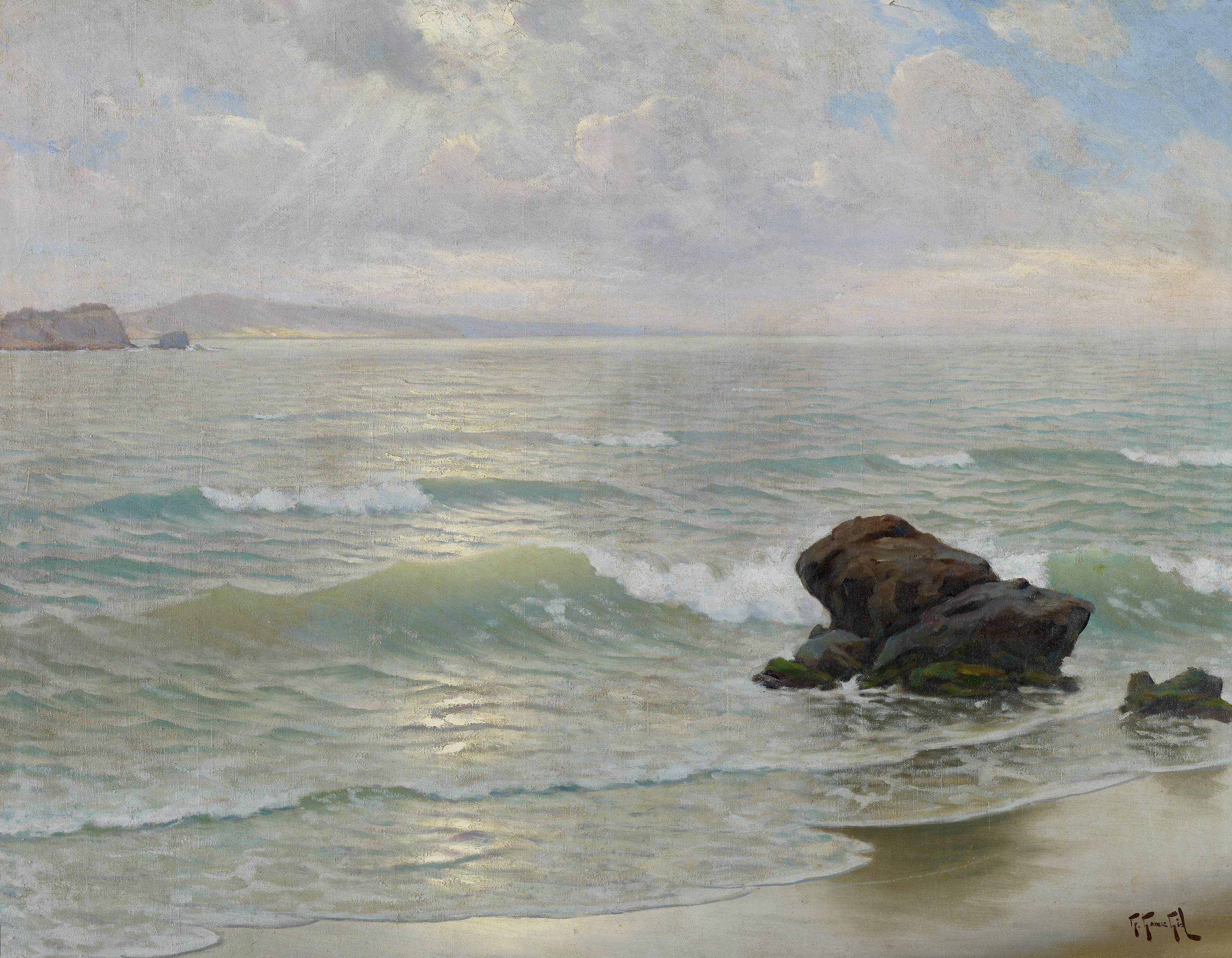 Although he maintained a marked interest in the sea throughout his career, Guillermo Gómez Gil felt more self-assured with and showed greater sincerity through those paintings in which he decided to capture the personality of the sea, above all at the very moment when painter and nature became one. As it is at that precise time when the immediacy of the perceived is recorded in the retina, meticulously and with devotion he made haste to record what he had seen and felt. Furthermore (and this is where we encounter consistency with the aesthetics of the moment), he captured what he saw without attempting to manipulate nature – in this case the sea lapping the shore – and this allowed the latter to express itself with the whole of its personality.

In Seascape II, the painter invites us to immerse ourselves in a calm sea barely illuminated by sunbeams filtering gently down through clouds which here do not destabilise the situation by announcing some imminent drama. The two rough objects in the picture, balanced in order to avoid discordance, are rocky masses, included so as to activate the composition with a number of linear effects. In gentle harmony the greens and greys form a serene, sincere landscape. Here Gómez Gil intentionally rejected the idea of bringing poetry or drama into the scene through a violent, aggressive palette typical of extreme conditions, as was the case in a number of more commercial compositions. For that reason this seascape with its placid air belongs to the realm of Spanish realism of the end of the 19th century after Beruete and reveals Gómez Gil's potential for working in a genre in which he could be as abreast of the times as he wanted, with no need for risks or experiments, and simply a realist painter.