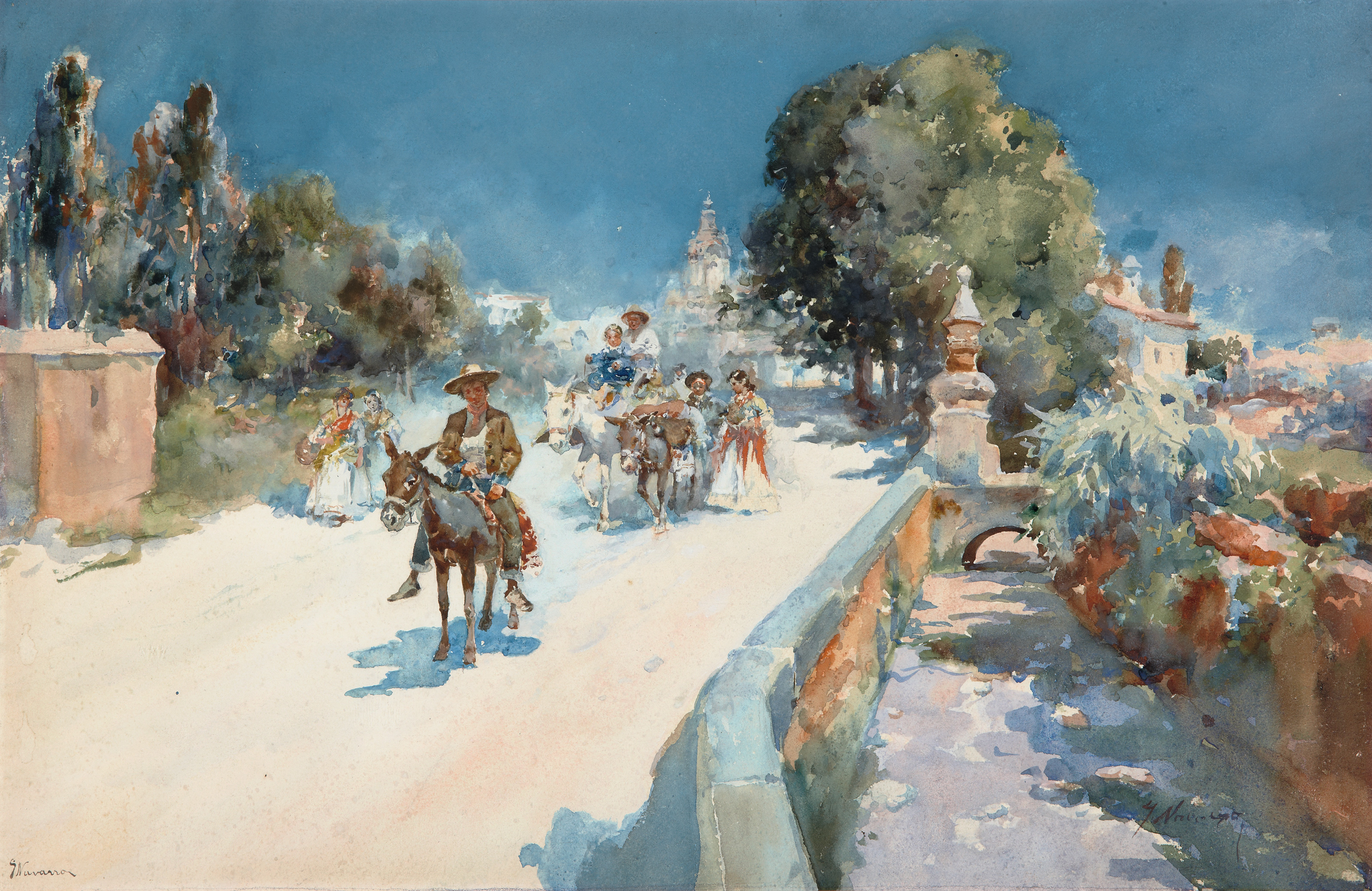 José Navarro Llorens belongs to that large number of painters who were both eclipsed by the reputation of Joaquín Sorolla and about whom little or nothing is known. In this regard and detailed biographical data apart, his presence can be confirmed in the classrooms of the San Carlos School of Fine Arts, Valencia, for the courses of 1883–84 (when he coincided with Joaquín Sorolla, among others) and 1884–85, having enrolled in subjects such as drawing themes from Antiquity and life, colouring, composition and landscape painting.

Unlike other painters, he had not been trained at the Spanish Academy in Rome, and he probably did not visit great cities to become acquainted with the avant-garde movements of the time. Nor did he attend the National Exhibitions of Fine Arts – except on one occasion (1895), when he received an honorary mention. In spite of this, his art, with a character all its own, made of him, in the words of Javier Pérez Rojas: “one of the most personal and virtuoso interpreters” of “Sorollism” and therefore worthy of a more prominent place in the history of Valencian art.

One of the favourite themes in the wide variety of his production was scenes with gypsies, and these two watercolours, set in a rural background, are excellent examples. In the foreground of Arriving in Town is a gypsy on a donkey with two girls in the middle ground behind to his right. At the centre of the composition, in an excellent tree-filled landscape with a very sketchy church spire in the background is a charming group led by two figures on a white mule walking alongside an ass with a man and woman behind. Entertainers Arriving in Town, on the other hand, is a pleasant scene with two dogs walking in front of a donkey that bears the great weight of a man and all the tools of his trade. A smaller donkey behind carries musical instruments and another dog on its back, while bringing up the rear is a third donkey, ridden side-saddle by a woman with her legs crossed who is accompanied by a man in a top hat. Distinguishable in the background is another group of people and animals.

Both pictures were painted with swift brushstrokes and a certain metallic sheen. They are short where detail and reflection are concerned – features very characteristic of Navarro Llorens’s art and probably most clearly influenced by Fortuny, especially in his smaller-sized pictures. The result was a perfect answer to the great demand at the time (particularly in Rome and Paris) for paintings with scenes executed with great technical skill and sparkling effects within a genre popularised by the Frenchman Meissonier and his “dress coat painting”, which was soon to be echoed in Spanish art.

In both pictures the brushstrokes used in the shadows are very diluted, although a certain amount of impasto was applied both to the deep blue sky and the green of the trees. Time and time again in scenes of this kind the painter featured the donkey he is said to have bought during his short stay in Morocco. Hence its appearance in other small compositions such as those in the Banco Hispano Americano Collection or a small panel in the Valencia Museum of Fine Arts. A donkey which, according to Azcárraga, roamed the painter’s house “with the selfsame freedom as the sacred cows of India”.