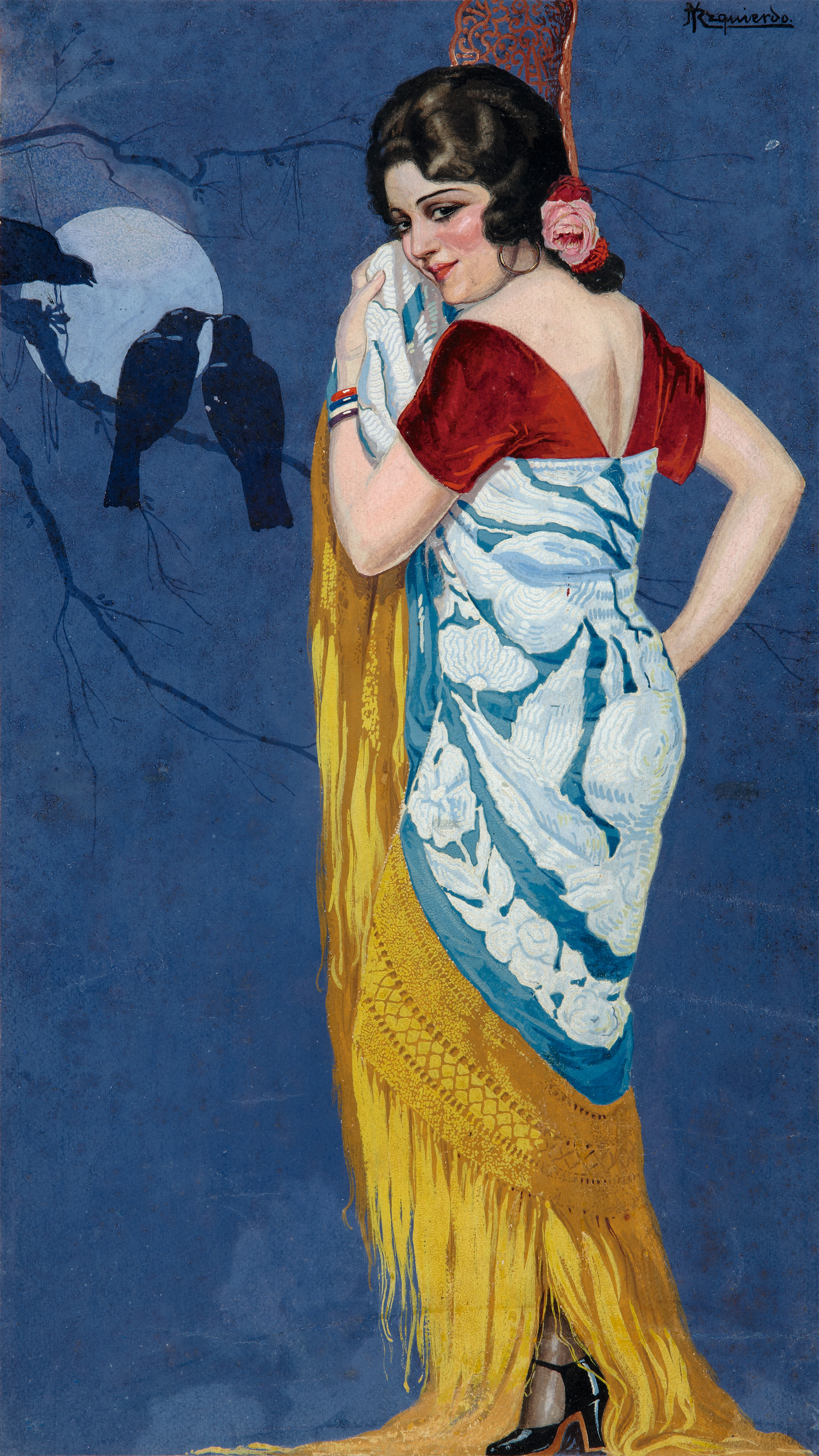 Young Woman Smiling in the Moonlight

Like Young Woman with Shawl, this painting is markedly illustrative, but different in that it is more difficult to attribute to a specific message for a company or festive event. It could also possibly be considered an illustration for a magazine cover or a literary work of the kind to which Ramón José Izquierdo y Garrido contributed as a critic. Certain iconographic details, particularly the shoes, allow us to date the work at around that time in his life.

The painter’s obvious satisfaction with capturing detail and the almost portrait-like character of the figure display a clear predilection for a realist aesthetic which is adulterated by some of the processes typical of the techniques of illustration. This recalls a Revue Moderne des Arts review on Izquierdo of October 1922: “Here is a sincere painter whose free and independent technique does not recoil from audacity of any kind. His works [...] are of great pictorial truth and robust facture. Ramón Izquierdo complies with no school, nor does he restrict himself to any formula [...] and he lives solely for Art in an unceasing endeavour to achieve the ideal that he has forged for himself.”

Both the full-length figure, emphasised by a certain sensuousness very typical of the age, and the scrap of landscape – which adds the finishing touch to the composition and is stylistically related to modernist figurative methods – possess a high degree of ambiguity that makes it difficult to fathom the meaning of the picture and, above all, the purpose for which it was painted.

Young Woman Smiling in the Moonlight