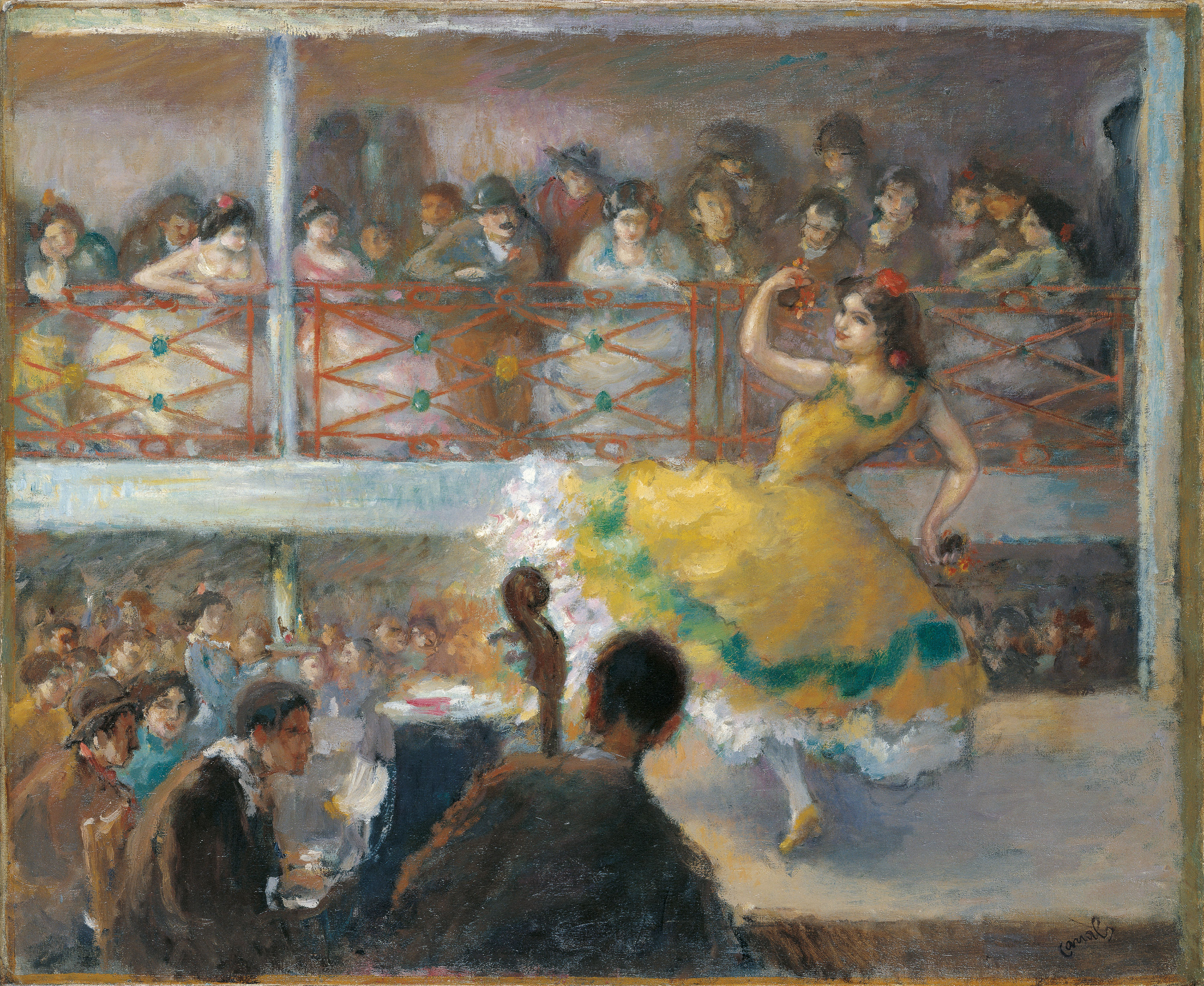 Ricard Canals belonged to that restless group of Catalan painters who appeared after Modernism. In what for years I have called the "post-modern generation". He was a close friend of Isidre Nonell's, with whom he studied at the Llotja School in Barcelona, and belonged to the Colla del Safrà ("Saffron Group"), various young painters whose members included Joaquim Mir, Ramon Pichot, Adrià Gual and Juli Vallmitjana (the last two painters also being future playwrights with a great deal of personality).

Canals discovered the Pyrenees (1896) with Nonell and subsequently Paris, which they visited in 1897. He exhibited at the Salon d'Automne and the Salon du Champ-de-Mars, in the 15th Impressionist and Symbolist Painters exhibition, and in 1898 – again with Nonell – held an exhibition at the Le Barc de Boutteville Gallery.

From the beginning, Canals based his entries at the Paris exhibitions on a theme which he knew had been especially appealing in France since Romanticism: the "typical" local colour of southern Spain, in the form of flamenco dancers, guitarists, bullfighters, Seville cigarette girls (a literary reference from Mérimée's classic Carmen), etc. It was a world he was familiar with from two journeys he had made through New Castile and Andalusia, one shortly after leaving for Paris and the other between 1898 and 1899.

He returned to Paris, where he entered the circle of the art dealer Paul Durand-Ruel, contacting him in 1900. Durand-Ruel had done much to promote the Impressionist painters and would also give a major boost to Canals's career. He sent the painter back to Madrid, Toledo and Andalusia (1900–1), Madrid and Galicia (1902–3) and Granada (1905), to produce more "typical Spanish" paintings in situ. In 1904, Canals took in his young friend Pablo Picasso, who had decided to settle in Paris permanently. He would also be Picasso’s mentor in the field of etching. Durand-Ruel himself organised exhibitions for Canals, not only in Paris but also in New York (where the name of the Catalan painter was still relatively familiar in art galleries in the last years of his life, even when he no longer associated with his former dealer). Indeed, after 1906, when Canals returned permanently to Barcelona, the number of local colour genre themes he painted fell sharply and he tended towards a French-influenced form of Post-Impressionism with elegant and sometimes allegorical subjects.

This oil painting undoubtedly belongs to the Parisian period in Canals's career. Nevertheless, it is difficult today to date it with accuracy, since the stylistic development of the Canals of that time is barely perceptible, and he exhibited pictures with themes similar to this – Café-concert en Espagne, Le café-concert espagnol or Café-concert à Seville – in Paris on several occasions between 1897 and 1906. I would say, however, that rather than dating from early in his career, when he was influenced to a certain extent by Expressionism, this picture was painted in the 20th century, when his style had mellowed somewhat and his colours were more vivid. A reasonable date, in that case, would be between 1901 and 1904, as the latter year was when he began to reintroduce themes unconnected with Spanish local colour into his paintings and consequently to adapt much more smoothly to Noucentisme.