Fascinated by art: patrons and collectors 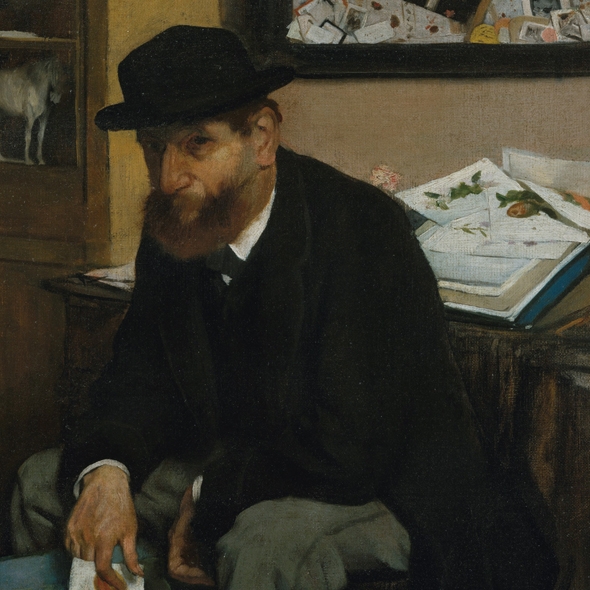 Directed by Lourdes Moreno, Artistic Director of the Museum

While artists need art to communicate, collectors require artistic objects in order to establish their place in the world and to express themselves through the discourse constructed by their collections. Collectors constitute an almost unknown group and are at times considered mysterious or complex individuals.

Impulsive, ultra-sophisticated, neurotic and possessive, collectors and art patrons look for aesthetic pleasure and prestige, devoting time, effort and money in large quantities with the result that their collecting activities become life projects.

The collections of major museums benefit from their efforts and endeavours. In addition, these individuals are needed by the art market and are an integral part of the history of collections, through which their own identities can be established.

10 March
The art of collecting. Great collectors. The Thyssen family

Collecting is a journey with no fixed destination. Like Ulysses (whose restless, astute character was proved by the trials he overcame on his travels) the collector encounters setbacks and difficulties but focuses all his/her efforts on finding that unique, exceptional object. The collector’s agenda constitutes a passion with an all-important purpose. This dedication to discovery and cataloguing not only contributes to acquiring prestige or to the enjoyment of beauty, but also to revealing new aesthetic or conceptual links between the elements in a collection.

Cultural patronage first emerged more than 2,000 years ago in Rome with Gaius Cilnius Maecenas, who supported great creative figures such as Horace and Virgil. While the patronage of the leading families and princes of Renaissance Florence is well known to us, it was from the 19th century onwards that the philanthropic support of art and patronage would also correspond to the role of state bodies and organisations. In the present day, the difficulties that museums have in increasing their holdings through acquisitions has led to a reflection on the role of patronage in the survival and evolution not just of museums’ collections but also of their educational activities.

5 May
Collecting as investment

According to Walter Benjamin, collectors remove an item from the market place and reendow it with the dignity of ownership. The rise of auction houses as entities that stipulate the price of the work, the notion of investing in art as an alternative that can on occasions be more profitable than traditional investments, and the proliferation of art fairs, etc., are all aspects that encourage a reflection on the relationship between art and commerce. Which one depends on which?

Hearing the opinions of collectors as they describe their decisions and vision allows us to better appreciate the various different types of collecting and art patronage. From the starting point of these first-hand accounts, it is possible to chart the map of a key part of the art market.