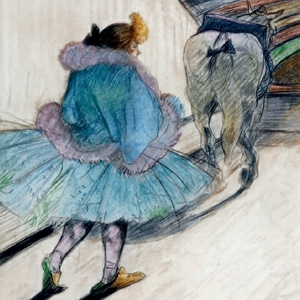 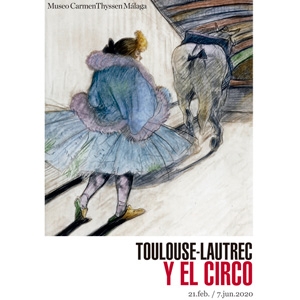 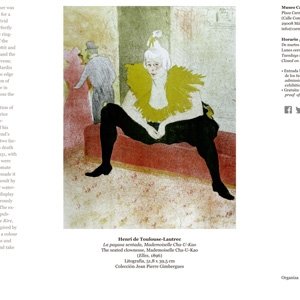 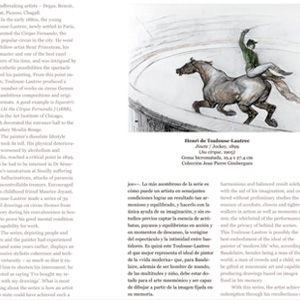 Leaflet "Toulouse-Lautrec and the circus"


In 1899, during a short period of convalescence in a sanatorium in Neuilly, on the outskirts of Paris, Henri de Toulouse-Lautrec (1864−1901), the great portraitist of fin-de-siècle Parisian bohemia, produced a series of 39 drawings on one of his favourite themes: circus performances like those of the city’s Cirque Fernando, the subjects of some of his finest paintings of the previous years. He returned to them when struck by illness as an exercise in recollecting his experiences in Montmartre.