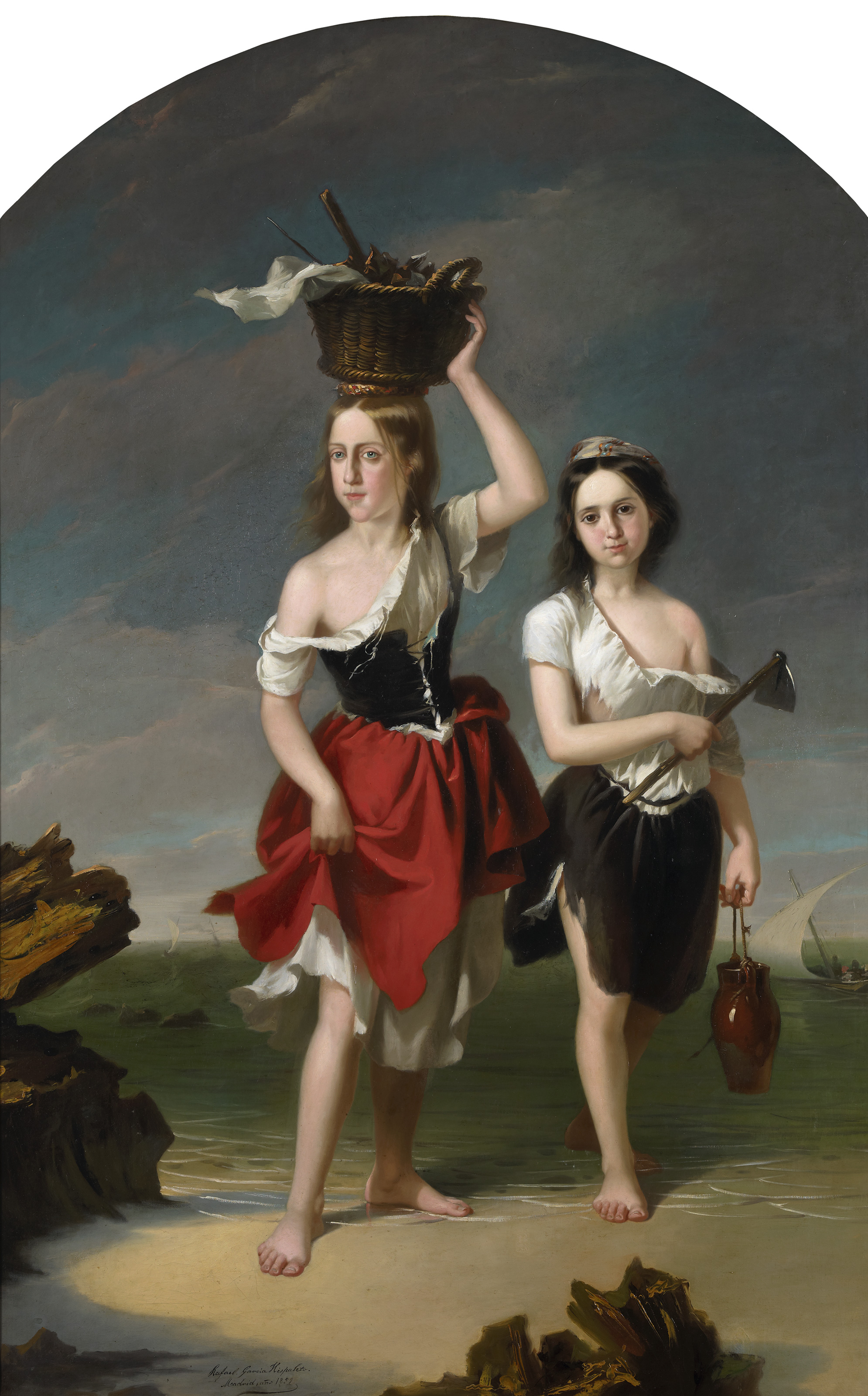 The interesting, miscellaneous pictorial work of the brothers Rafael and Manuel García Martínez – who led similar lives and were known as the "Hispaletos" due to their Sevillian origin and to distinguish them from other artists with the same names – developed in a climate of aesthetic eclecticism spanning Romanticism in the reign of Isabella II and realism in the Bourbon Restoration and included references to the schools of Seville, Madrid, Rome and Paris. Their work can thus be situated between the academic tradition and modern aesthetics.

Of the three main themes cultivated by these artists, particularly important are their genre paintings and pictures with figures (additionally, in the case of Manuel, Fortuny-style "dress coat painting") and themes relating to Africa and the Orient – typically Romantic subjects in which, as good Andalusians, they employed their greatest iconographic resources). The second type was portraiture, a field in which both gained a well-deserved reputation for their precise technique and mastery of form along the lines of other Seville painters, including Esquivel, Gutiérrez de la Vega and José María Romero. The third was the literary type of painting, a genre connected with history painting, although more attractive in their case due to the subjects (mainly from Cervantes) and their light-hearted, unaffected execution.

This picture from the Museo Carmen Thyssen Málaga Collection was painted by Rafael, the elder of the two, and belongs to his artistic prime as a mature young man of twenty – two years before his death. Here this ill-fated painter, who scarcely had time to follow the road taken naturally by all artists, confidently interpreted an attractive genre theme: two young girls, perhaps sisters, about to go to work on a beach in search of the bounty of a southern Spanish sea, presumably on Cadiz's Atlantic coast. Both pose barefoot near rocks in the sand; both wear the clothing suitable and carry the utensils necessary for their work. They give the impression of having waited to be captured by the artist, as if for a portrait taken directly from life and out in the open air. The one who is apparently the older of the two is taller and has lighter hair. She wears an open blouse and bodice and is raising her red skirt with her right hand to show her petticoat, while with her other hand she steadies a basket (containing a hoe and various other tools) on a pad on her head. Her dark-haired companion, also in a blouse and a dark skirt, holds her hoe in her right hand, while in the left she carries a small clay jar for the shellfish and is doubtless about to place the jar on the pad on her head.

Strictly speaking, this is a landscape with figures, a beautiful seascape with a sailing boat in the background and a vast cloudy sky, and possibly – at least as far as we know – the only picture with this theme painted by Rafael in the course of his short career as an artist, and then perhaps as a result of some fortuitous visit he made to the beautiful coast of Cadiz (possibly Chipiona beach with its warm, white sand).

On the other hand, this work is also the result of the painter's training under Antonio María Esquivel, who started him out along the right road – that of academic drawing. This can be seen in the anatomy of the young shell seekers' statue-like figures, in line with the purist principles in Esquivel's Tratado de Anatomía Pictórica ("Treatise on Pictorial Anatomy") of 1848 as well as a number of his works.