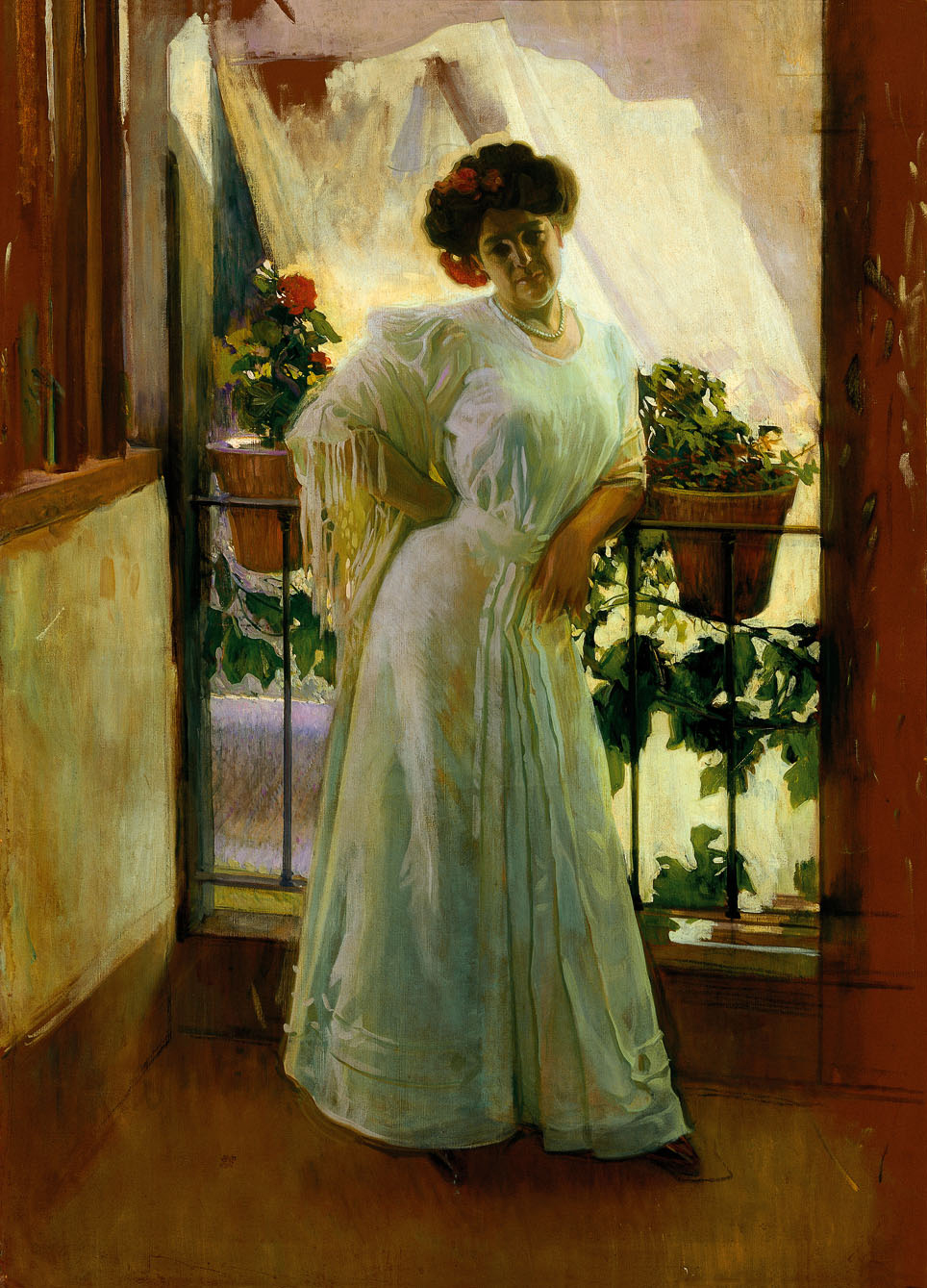 A female figure in front of a balcony overlooking an exterior. Although this could be a portrait of a real person in the Impressionist tradition of depicting personages in their natural environment, prevalent in this painting, however, is an overall concept stressing the pure and traditional. Unlike other portraits by the painter in which the paradigm set by the work of John Singer Sargent is extremely evident, this painting is much more closely linked to Rodríguez Acosta's genre paintings of between 1900 and 1908, with the accent on customs and capturing the instant.

Indeed, painted around 1903, it was with Siesta Time and Al acecho ("Lying in Wait") from the same year, where a closer connection regarding colour and composition was revealed. It can also be linked to the extraordinary landscapes Crepúsculo (Convento de la Concepción) ["Twilight (Convent of the Conception)"] and Muros de la Alhambra ("Walls of the Alhambra"), both of 1902, as well as several Granadan landscapes which, together with the genre work mentioned above and Figura femenina en el balcón ("Female Figure on the Balcony") make up one of the periods of greatest achievement in Rodríguez Acosta's oeuvre. This was the period of colourful, direct, vibrant and light-filled plein air painting, before he veered towards a darker, much denser form of painting – in the Spanish tradition – resulting first of all in En el santuario ("At the Shrine") of 1908.