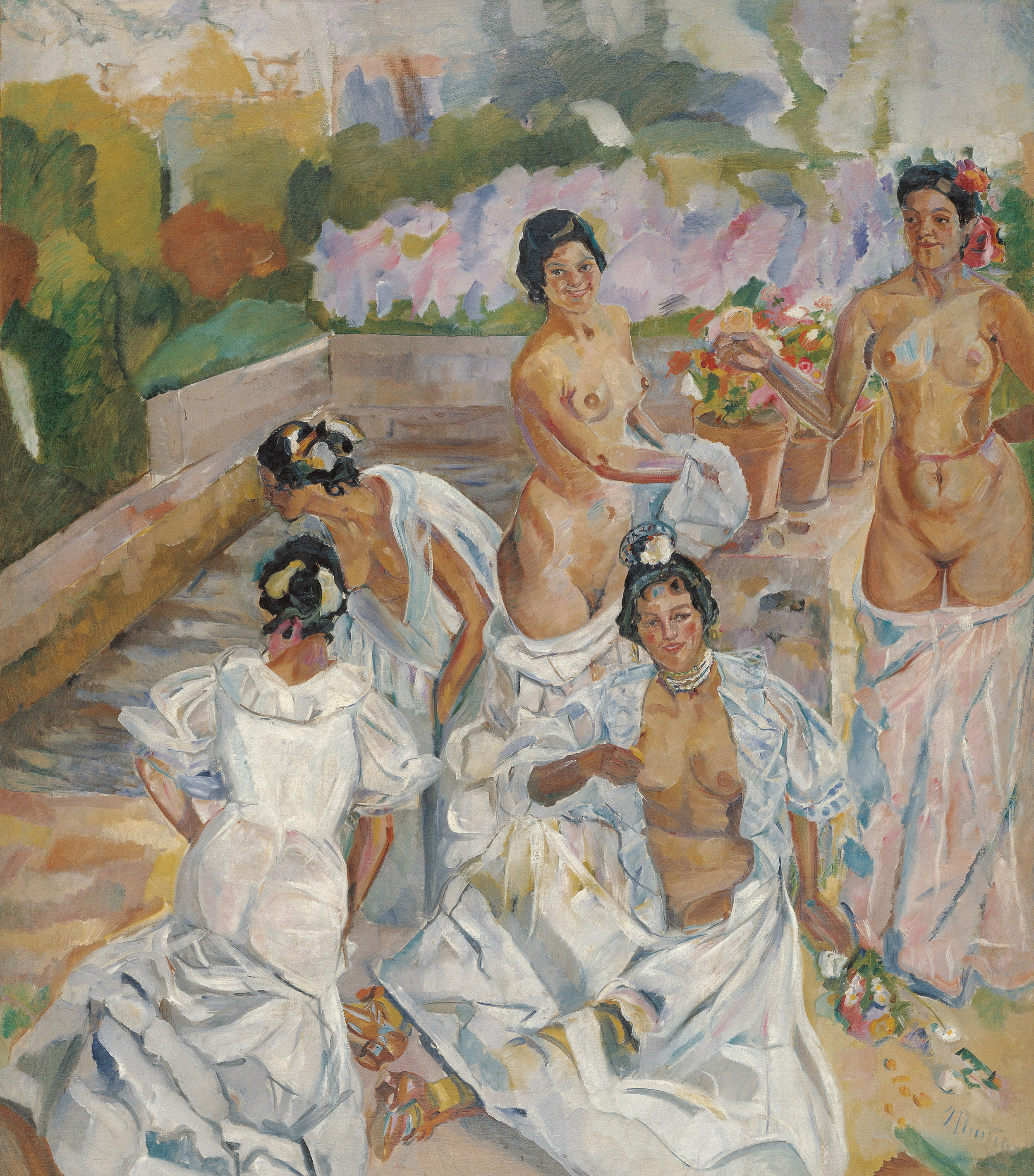 The Bath (Seville) belongs to a cycle of paintings executed by Iturrino during his stay in Seville in 1908. It was exhibited in Paris at the 1911 Salon d'Automne, where Iturrino was assigned a special room for 28 paintings, all of which were praised in Guillaume Apollinaire's review of the event. This picture (originally from the Ambroise Vollard Collection) had probably already been shown at an exhibition of Iturrino's work organised by Vollard earlier that year, in September.

Iturrino's "search for the South" is, in a sense, comparable to Gauguin's flight to the South Seas: both painters took refuge in their respective environments in a quest for a pristine paradise. In his groups of women painted in Andalusia, Iturrino repeated the same scene or tableau, although with different angles, facial expressions and light (or added other colours to the same light). Like Chaïm Soutine, Iturrino believed that painting does not express an experience but is the experience itself.

Iturrino not only gave form and colour to the women's bodies, but also to their emotions. The light and atmosphere surrounding the figures, as well as the movement and the vibration of the tobacco-coloured bodies, are exaltations of joy and the aroma of flesh painted in the open air. This group of women, who move and arrange themselves to the rhythm and intensity of the light, disrobe before our eyes. They let fall their long, transparent dresses which (following Cézanne's formal teaching) are cut off by the edges of the canvas) leaving perfect planes to exhibit bodies created with a density of colour and plastic modelling comparable to Maillol's sculptures. At one and the same time they contrast and merge with a landscape sketched with feathery brushstrokes and structured with spots of colour that extend around the bodies to model their forms, the hair to heighten its sheen, the water to reflect the light, and act as a vehicle for the dynamic explosion of nature which Iturrino found beneath the light of the South.

On the recommendation of Professor Kosme de Barañano, author of the catalogue raisonné of the graphic work of Francisco Iturrino (Barañano 1988), this painting was loaned to the Museo Nacional Centro de Arte Reina Sofía from 1992 to 1995.