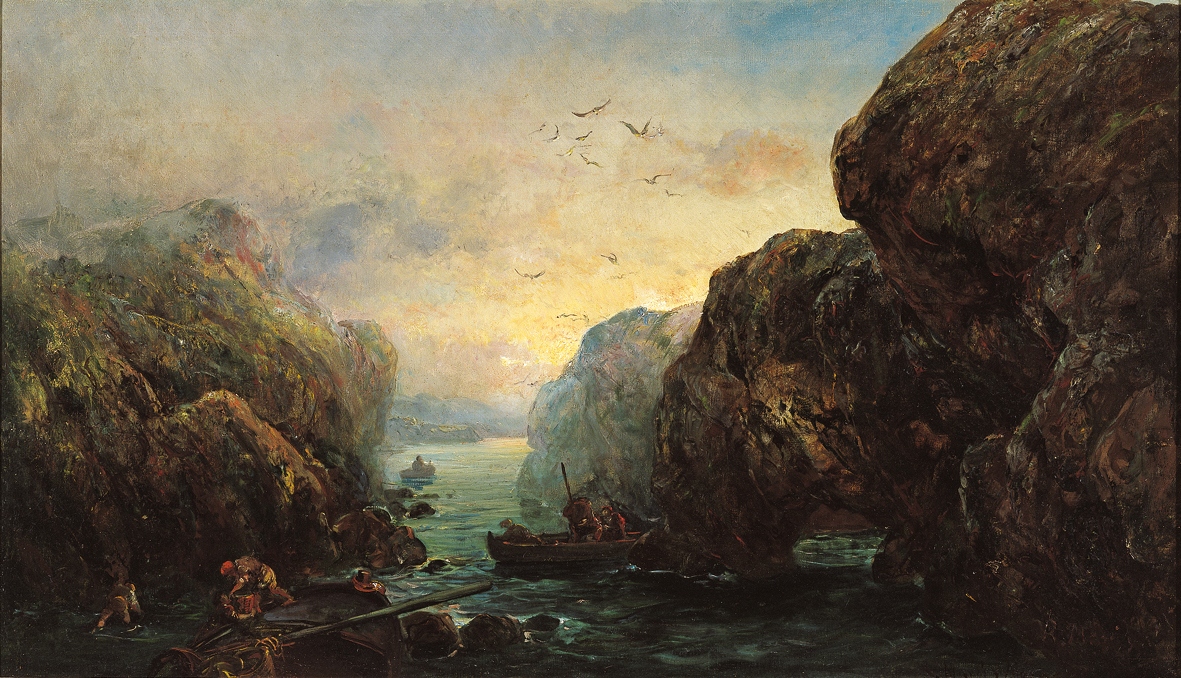 This painting depicts a scene typical of the north coast of Catalonia, with a narrow strip of sea between two tall cliffs and boats with baskets containing shellfish found among the rocks by fishermen. The vanishing point in the composition reveals a short length of horizon with the pink glow of the setting sun softly illuminating the sky, the small banks of mist shining through, and a flock of seagulls, drawn by the scent and promise of the catch, wheeling above. In the foreground, the shades of ochre, dark browns and a few bright touches of red and yellow applied with confident well-defined strokes form the rocks and the outlines of the cliff, which merge into the atmosphere and the colour of the sky.

This painting has been dated in the first stage of the last period of the artist's production, a time characterised by the intensive work he was obliged to do to settle a number of large debts, by the constant concessions to public taste he had to make, by his disillusionment when the critics began to ignore him and pay more attention to his pupils – not even acknowledging him as their master – and by the large format he sometimes chose for his paintings to attract attention and recognition.