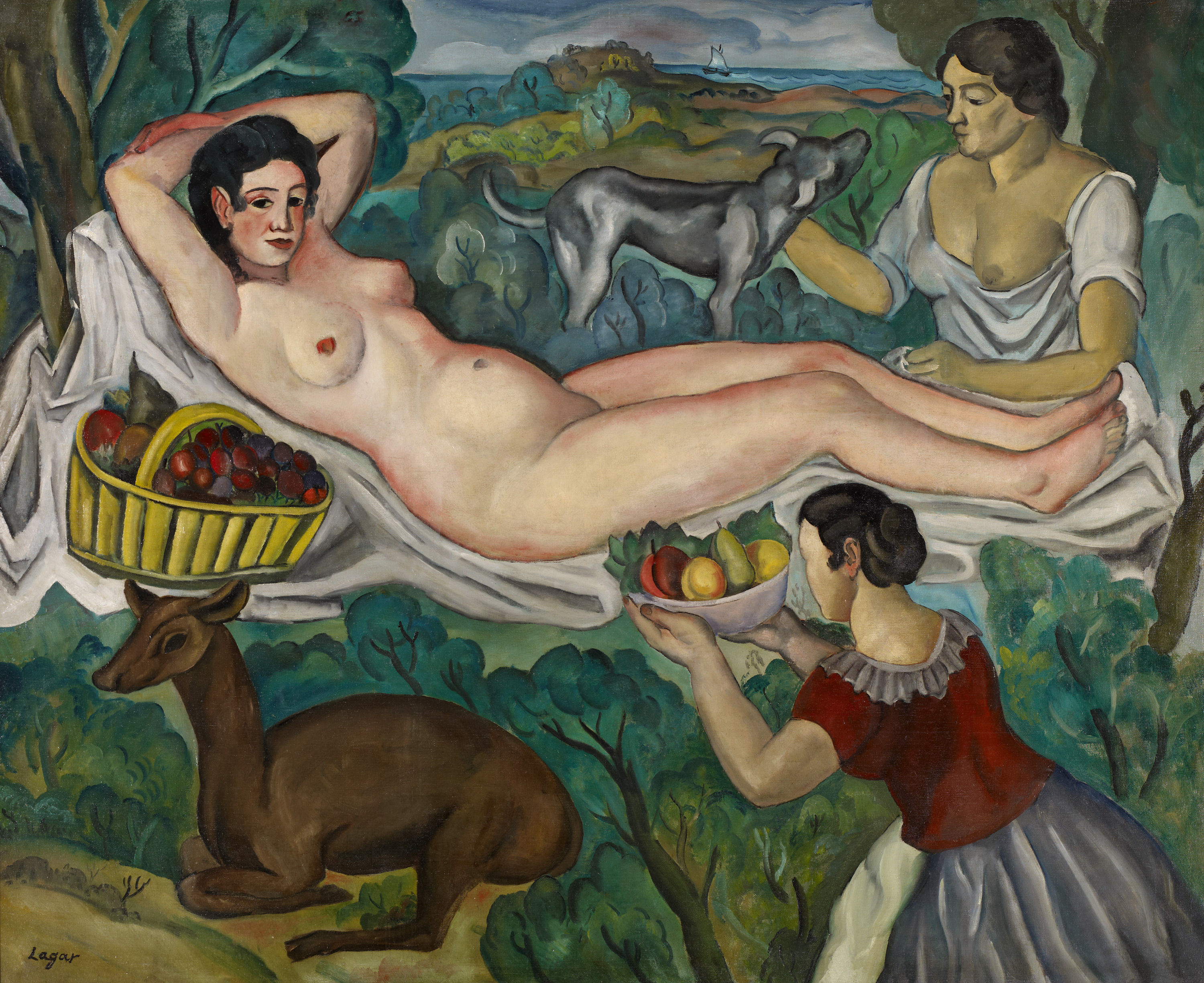 Celso Lagar returned to Paris after World War I with a long list of exhibitions in Spain under his belt. In 1918 for example, he exhibited his work at the Basque Artists Association (and would do so again in 1919), the Athenaeum in Madrid, and in Orense. However, reviews were not so favourable, since his renovatory vocabulary was received negatively by writers like Juan de la Encina and José Francés. Planism, one of the first personal "isms" attributed to a Spanish artist, was fast on the wane.

The Lagar of the 1920s not only sloughed off a language by abandoning Planism; he also opened up or turned to themes such as the circus and the Commedia dell'Arte – customary since the turn of the 20th century and approached during that period via very different stylistic theories by artists like Picasso, Gris, Derain and Severini. Lagar was among those on that journey – or return, perhaps – to Classicism which Gino Severini manifested, seconding the return to order in his essay From Cubism to Classicism (1921). Be that as it may, Composition. Nude shows us a theme which Lagar had dealt with before: that of communion with Nature, although in this case instead of a scene with bathers, or a merely Arcadian one, like Pastoral Scene (1916, Museu Nacional d'Art de Catalunya, Barcelona), the result was an allegory of Nature. Thus the figure at centre – Venus or Aphrodite – would be more important as a symbol of the goddess of fecundity and fertility than beauty and love.

Composition. Nude displays that excellence of Lagar's as a landscape painter which was constantly praised by the critics of the time. Although a sensation of depth exists thanks to the seascape which, as a vanishing point, centres the last plane, Lagar made special use of scales and reinforced the two-dimensionality of the suggested space by maximising the sensation of "planitude" or flatness. In this way, each of the figurative elements becomes an integral part of the whole, in the space, almost like a mould or a stencil, and is superimposed with a scale too large for that of the landscape. Lagar chose a limited, sober, low-tone palette of colours, forgoing a certain fauve component and vivacity of colours which he sometimes used.

Here he attained a veritable synthesis of pictorial genres consisting of still-life, landscape and nude painting. The still-life carried by the woman with the offering is a kind of tribute to Cézanne's teachings: all the pieces of fruit are practically reduced to geometric forms. Such purity is passed on to the central figure, since by the same token some of its parts are represented by pure forms, so demonstrating a desire for sculptural effect that characterised Lagar, and endowing the human figure with monumentality and a certain archaism in contrast with the more organic and linear depiction of the animals and the vegetation in particular.