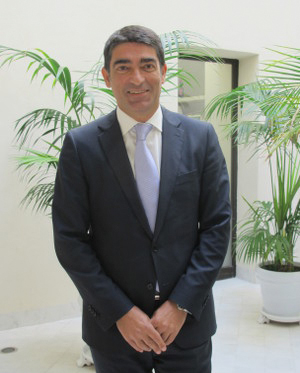 Francisco Javier Ferrer Morató holds a degree in law from the University of Malaga, later specializing in land use at Escuela Libre de Derecho y Economía in Madrid and in Senior Business Management at San Telmo International Institute. His professional experience is mostly in the public sector, working for Malaga City Council in two main areas.

Firstly, in roles of an urban legal technical nature, between 1986 and 2000, filling different positions in the areas of planning, expropriation and conservation of buildings (for the Municipal Planning Department), including providing Legal Advice for the Malaga General Management Plan 1997.

A second, senior management phase, ranging from late 2000 to the present, during which in early 2011 he was involved in municipal management, taking on the role of General Coordination of the City Council, as General Manager, reporting directly to the Mayor. In this role he contributed momentum and monitoring of all major projects in the city, with highlights including the Strategic Plan, the pedestrianization of the historic centre (especially the area of Calle Larios), the port city operation(today Muelle Uno), the Trade Fair and Congress Centre, the Stadium La Rosaleda, the current General Plan, the tunnelling for the arrival of the AVE train line, ...

Finally, in March 2011, he left the City Council after being invited by Carmen Thyssen, President of the Fundación Palacio de Villalón to be General Manager of Museo Carmen Thyssen in Malaga. A highlight of his management over these years is the configuration of the Museum as a space for social and corporate coexistence, integrated and open to the city through the programme of Friends of the Museum and the creation of the Entorno Thyssen (Thyssen Environment), among others. 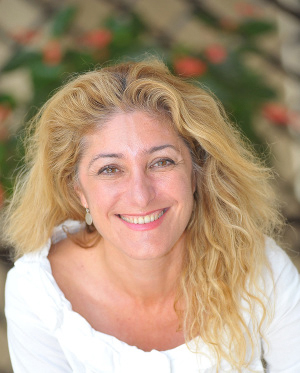 Twenty five years experience working in cultural projects, first in the Fundación Pablo Ruiz Picasso-Casa Natal, the institution for which she was Managing Director in the period 2006-2011, and currently as artistic director in the Museo Carmen Thyssen Museum in Malaga -selected by public competition-.

She has curated numerous exhibitions, including:

Highlights from among the publications that she has coordinated include the catalogue raisonné covering the graphic works of the Fundación Pablo Ruiz Picasso Collection 1988-1907, published in 2007, and the coordination of research for the Catalogue of the Museo Carmen Thyssen Málaga Collection, Fundación Palacio Villalón, 2014.

To this must be added multiple articles in catalogues, periodicals and newspapers. Some examples are: “Autopercepción intelectual de un proceso histórico: Aproximación a una autobiografía picassiana” (Intellectual Self-perception of a Historic Process: Picasso's Approach to Autobiography) in Anthropos, 1994.

She has given numerous lectures and directed more than fifteen conference cycles.

She coordinated the process for the acquisition of artworks for the Fundación Picasso, including the Jan Lohn Collection, 2004, and Notebook No. 7 Demoiselles d'Avignon, 2006.