The Writer’s Gaze at the Museo Carmen Thyssen 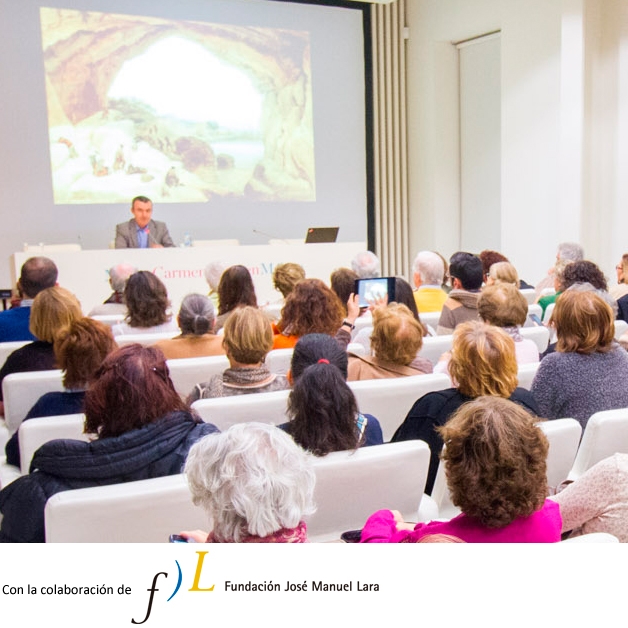 Although unique, a work of art is not an isolated object. Not only is it nourished by its context but every aspect of that context establishes a dialogue with it. Whether criticism, poetry or fiction, literature often makes use of the visual arts to generate its own content and is in turn a source of inspiration for visual artists.

With the aim of maintaining this reciprocal relationship and quest for common ground inherent to the creative act, as part of this season’s lecture series the Museo Carmen Thyssen will be inviting four prestigious writers to share their different visions of works in the Collection.

The result will be a space for dialogue between art forms which, on this occasion, co-exist across different centuries, opening the way to new forms of looking. This year we will be benefitting from the participation of Luz Gabás, Clara Sánchez, Manuel Francisco Reina and Felipe Benítez Reyes.

Luz Gabás (Monzón, Huesca, 1968). Gabás was born in Monzón in 1968. His happiest childhood and teenage years were spent between his father’s family’s village (Cerler, in the Valle de Benasque) and that of his mother’s family (Serrate, in the Valle de Lierp). After living for a year in San Luis Obispo (California), he returned to study in Zaragoza, obtaining a degree in English and subsequently the position of titular professor at university level. For many years he has combined his university teaching with translation, the publication of articles, literary and linguistic research, and participation in cultural, theatrical and independent film projects. Since 2007 he has lived in the beautiful village of Anciles next to Villa de Benasque where his activities include writing. Gabás’s first novel Palm trees in the snow, was one of the publishing successes of 2012. His most recent novel, Return to your skin, is published by Planeta.

Clara Sánchez (Guadalajara, 1955) Clara Sánchez spent her childhood in Valencia then settled in Madrid. After working in other fields she embarked on university teaching and worked for the media. In 1989 she published the novel Precious stones, followed by others including The latest news from Paradise (winner of the Alfaguara Novel Prize, 2000), Premonitions (2008), What lies behind your name (winner of the 2010 Nadal Novel Prize and very successfully published abroad), and The sky has returned, which earned her the Planeta Prize in 2013. Sánchez’s work, which has been translated into more than 20 languages, has made her one of Spain’s most highly recognised authors. Her most recent novel, published by Destino, is When the light comes (2016).

Manuel Francisco Reina (Jerez de la Frontera, Cadiz, 1974) Manuel Francisco Reina writes for the cultural sections of La Vanguardia, Diario de Cádiz, Europa Sur and other newspapers. He has published poems and criticism in journals such as Papeles de la Alacena (published by the Fundación Juan Ramón Jiménez), Albatros in Mexico, La Estafeta Literaria, Culturas de La Vanguardia, Revista Aurea, Instituto Cervantes Virtual, etc. His poetry publications are: The Reason for the Fire, Shipwreck towards happiness, On rebellious love, Summer consummation, The complicit isles, The bitter exercise, The language of angels, Liturgies of chaos, The idler’s vocation, Feline secrets, Darth Vader’s paternity, and My frailties, for which he has received various prizes. Reina is the author of the novels The Holy Males, Antinous’s Alibi and Obscure Loves.

Felipe Benítez Reyes (Rota, Cadiz, 1960). Benítez Reyes has published work in almost every literary genre and has been awarded prestigious honours including the National Criticism Prize and the National Literature Prize. Notable among his novels are Smoke (winner of the Seville Ateneo Prize, 1995), The ownership of Paradise, The world’s boyfriend and What monsters think. Benítez Reyes’s poetry has been published in a volume entitled Web of mist. His books have been translated and published in France, Italy, Russia, Rumania, Portugal and the United States. In 2007 he won the Nadal Prize for Market of Mirages. His most recent books, published by Destino, are Every man and strangeness (2015) and Chance and vice versa (2016).